Last week I had the opportunity to visit Cape May Salt Oyster Farms. https://capemaysaltoysterfarms.com/ Brian showed us the oyster flats from raising them to cleaning and boxing them for the market. It was a very informative day and Brian’s passion for aquaculture and oyster farming was infectious. It’s exciting to see the Cape May Salts […] 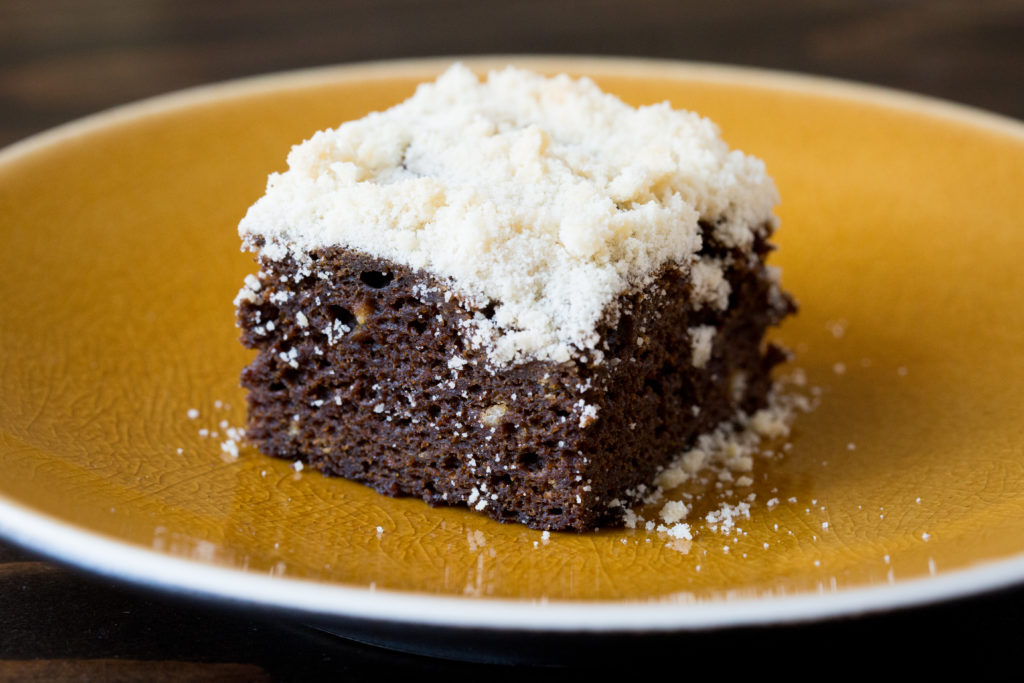 When I was young, I’d visit my great-grandmother, Leola Andreas, -Grammy Oley we called her,  on her farm, she was a true farmhouse cook, in a room next to the kitchen, she kept all sorts of pies-apple pies, pumpkin pies, blueberry pies-3 different cakes, cookies, donuts, and other seasonal sweets. One of the things that […]

Blue Shackamaxon Bean William Woys Weaver in his amazing book- Heirloom Vegetable Gardening – says the name refers to a place along the Delaware River in the Kensington neighborhood of Philadelphia. Fishtown is what we call the area today and it is with great pride that I will serve them at the Fundraiser this Sunday […] 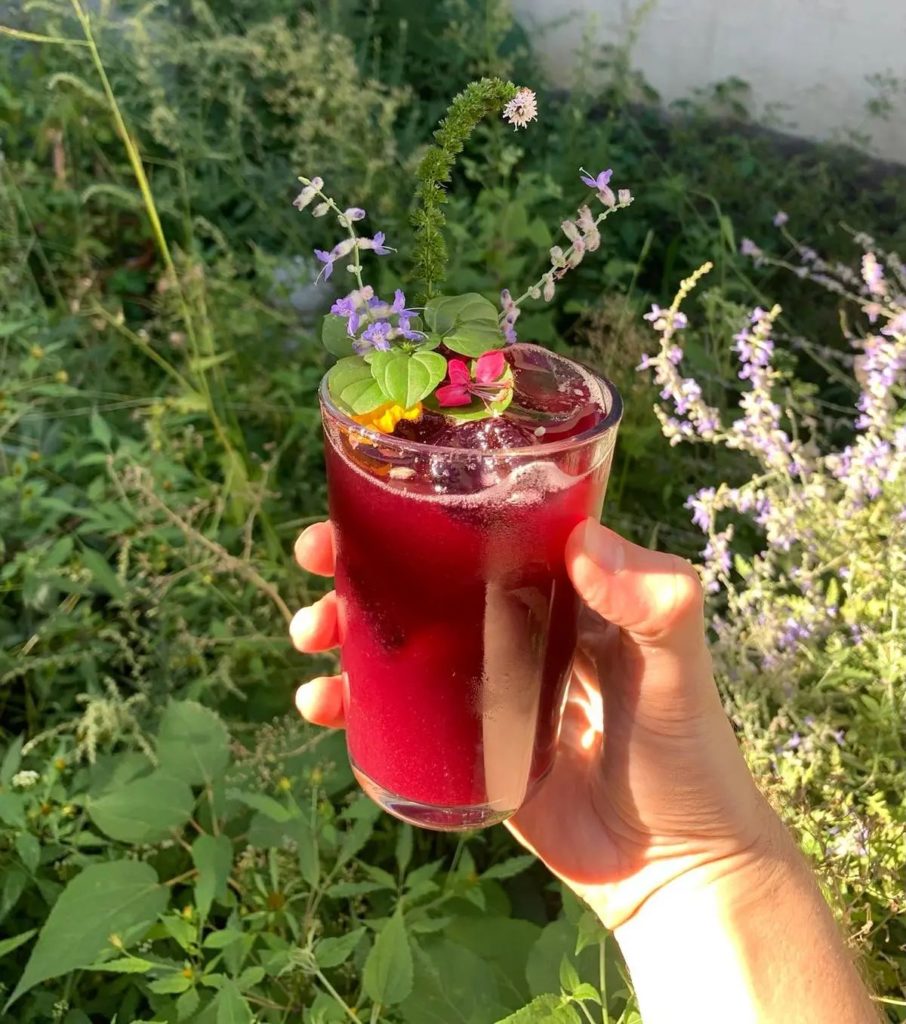 Wild Grape Juice In the Fall, when the vines were full of ripe grapes, my family would pick all they could around the woods and then my grandmother would put them in canning jars with water and sugar and process them. We would then have grape juice to drink all season long without having to […] 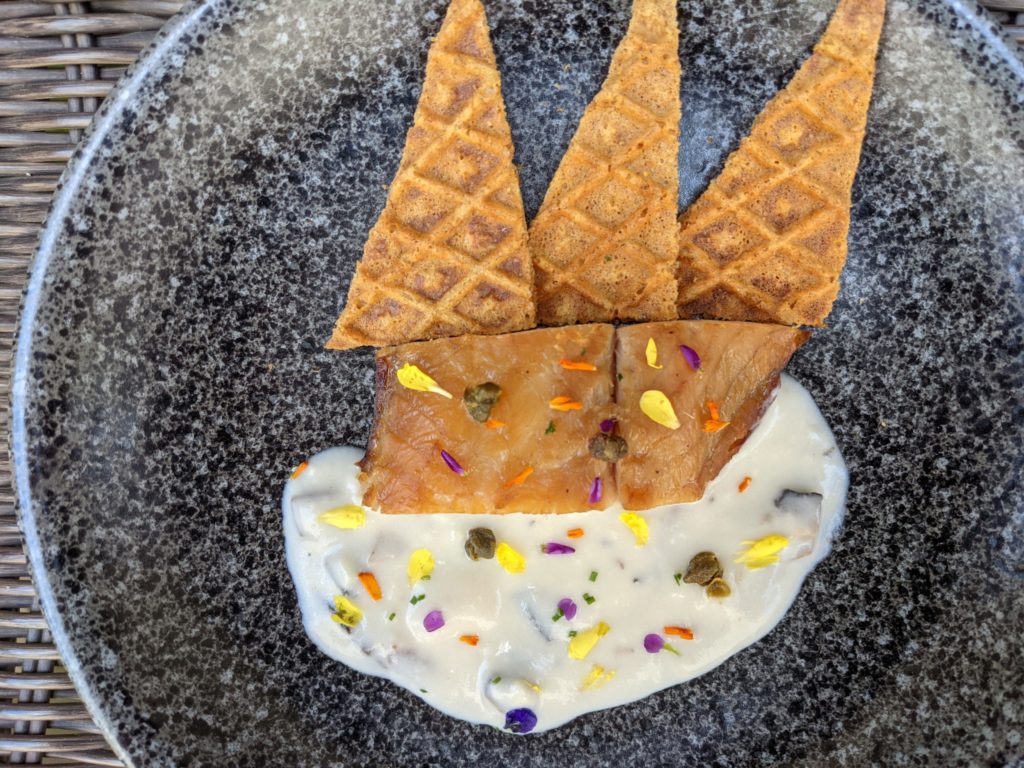 Catfish and Waffles   Chicken and waffles is a Pennsylvanian Dutch dish, a way of utilizing a chicken carcass the day after the Sunday roast, using the leftover chicken by making a gravy to pour over the waffles. When I was younger I used to eat waffle after waffle and to this day it is […] 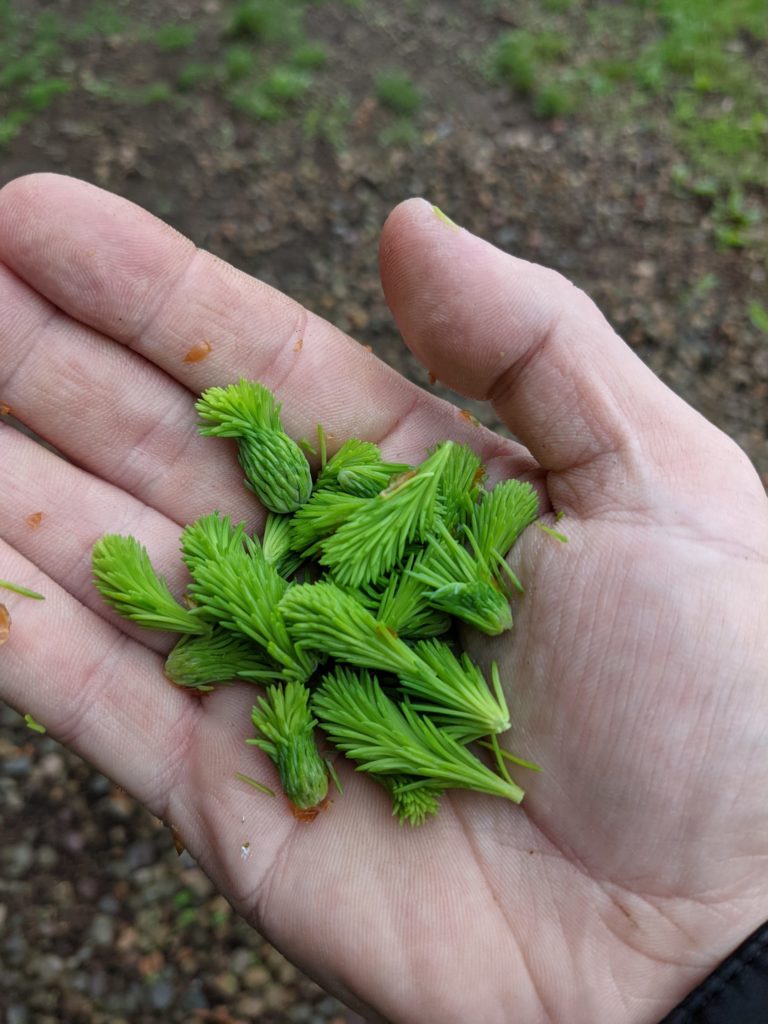 Spruce Tips, a harbinger of Spring. The tender little new growth that grows in the Spring on Spruce trees makes a delightful and refreshing sorbet. Check out the video where Chef Adam Diltz picks spruce tips at The Blind Pig Kitchen Farm and makes a sorbet back in Philadelphia. 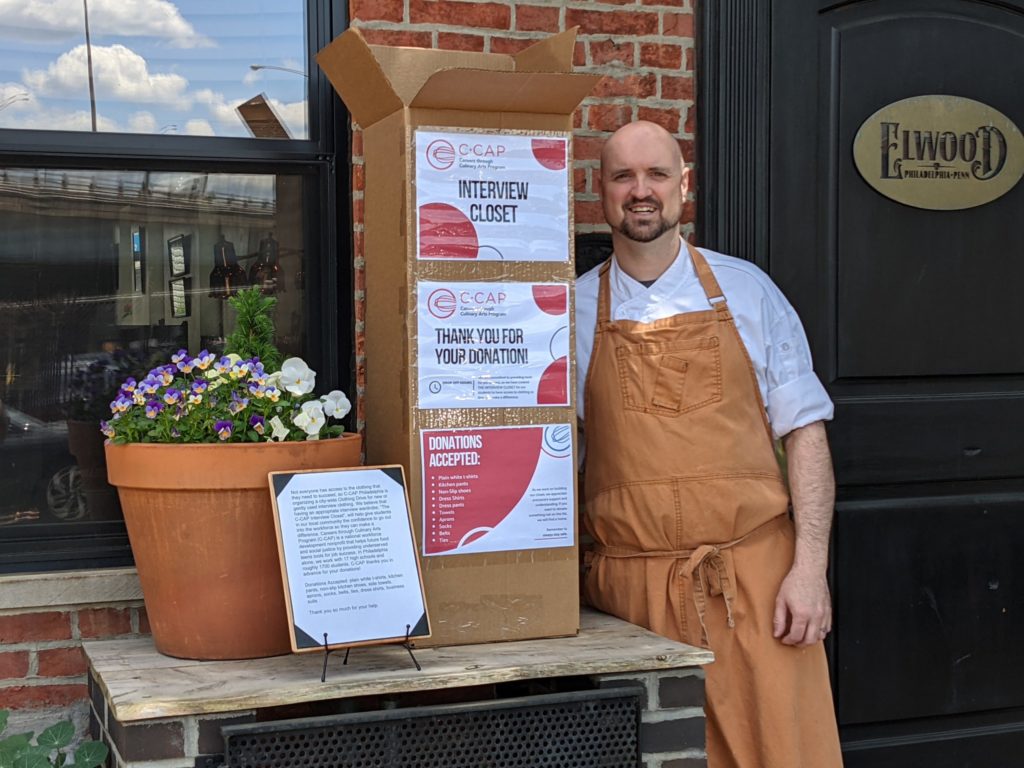 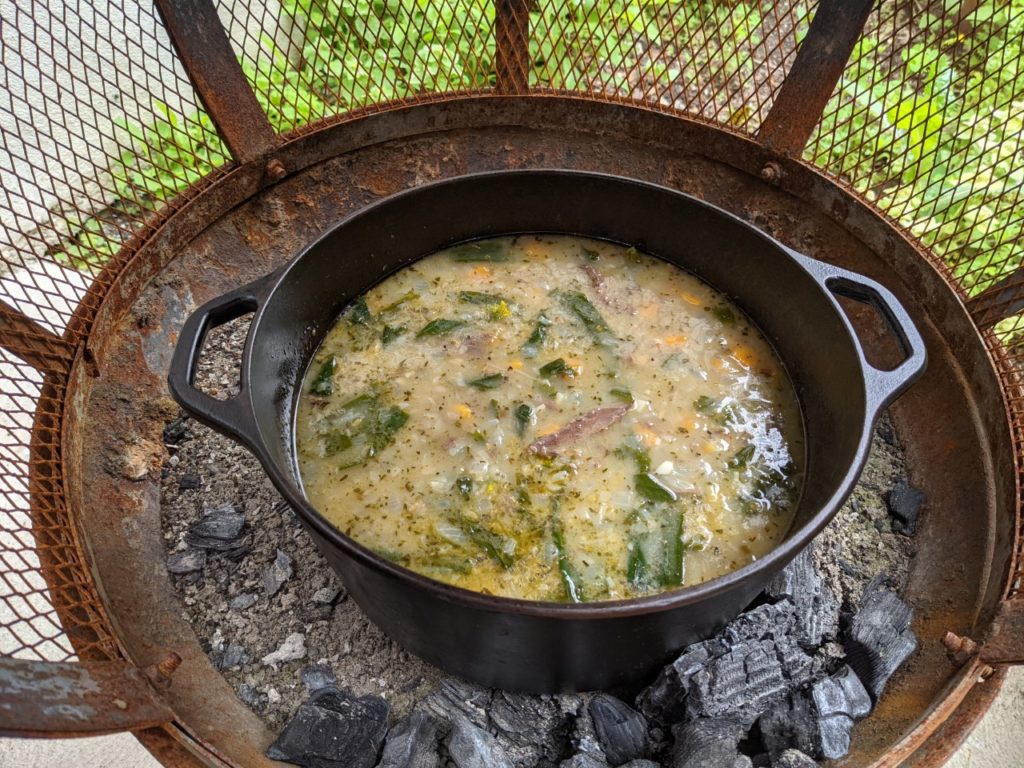 Muskrat Stew   Hero, abolitionist, spy, nurse, soldier. Of the many things Harriet Tubman was rightly known for, two of those were her skills as a cook and her foraging abilities.  She was a very knowledgeable outdoorswoman and used those skills while leading the enslaved to freedom on the  underground railroad.   When she was […] 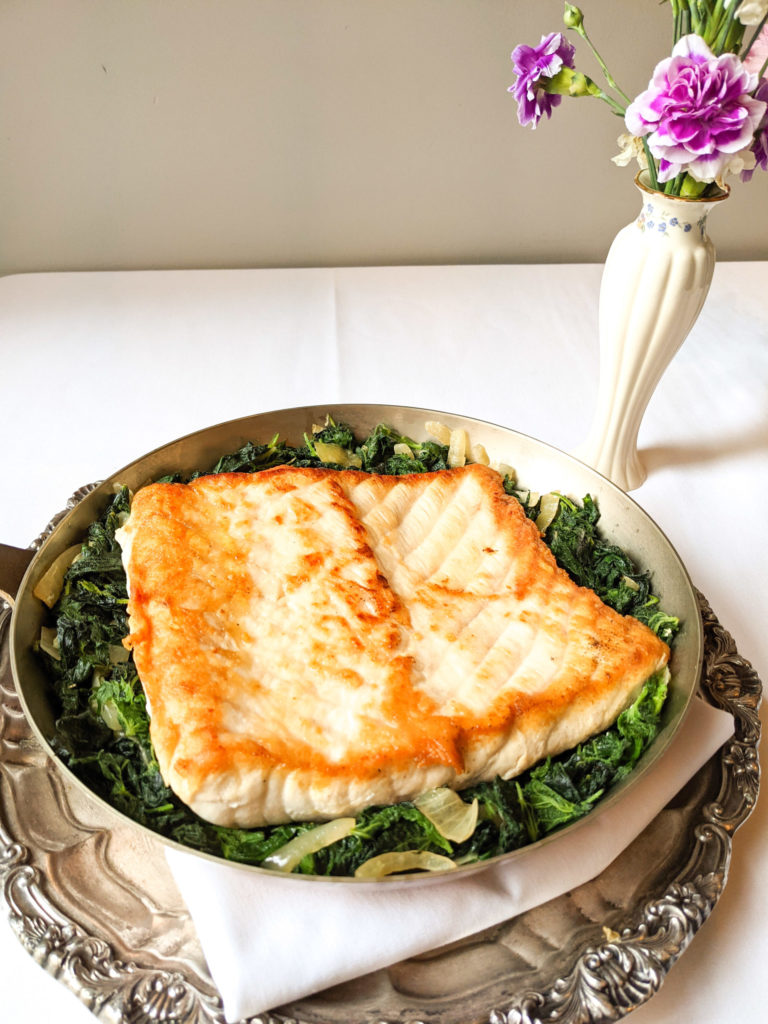 Rebirth and renewal- Springtime means many things for all forms of life- plants that were long dormant burst through the soil to start a new year, bees leave the hive and start their search for nectar, Bears come out of hibernation to look for food, and let’s not for forget about one of the most […] 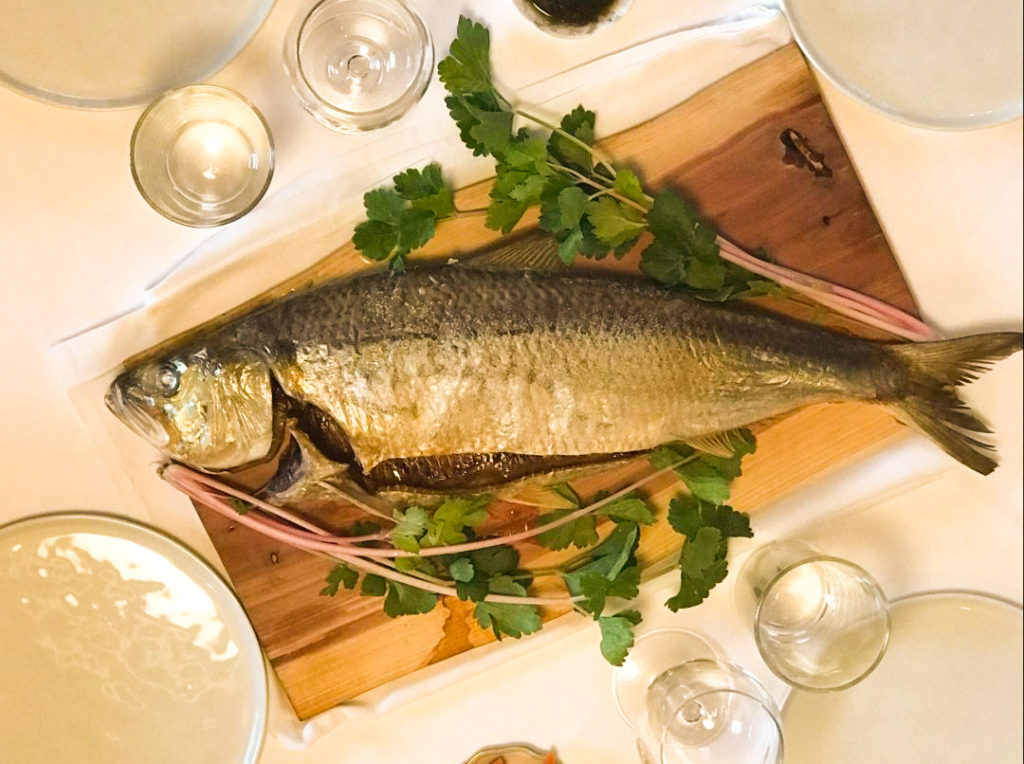 Yes I know. Cooking fish on a wooden plank is sooo 90’s, a fad that was everywhere and in every chain restaurant you could think of. However, cooking salmon on a cedar plank is an interesting North American tradition, going back thousands of years. It traces back to the Pacific Northwest where the Indigenous peoples […] 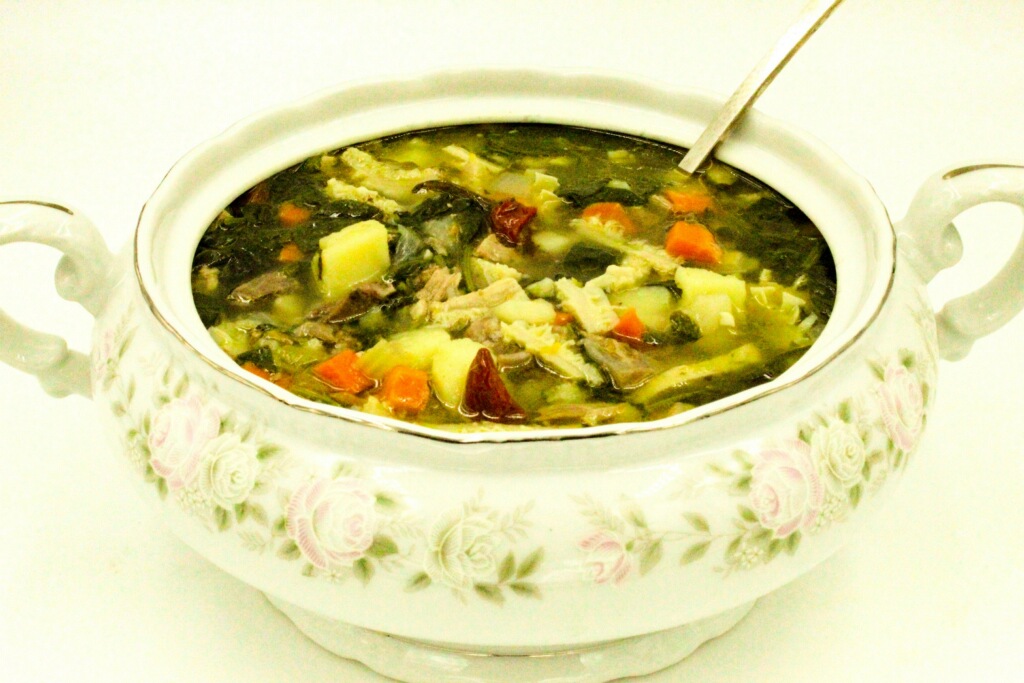 Pepper pot is one of many dishes from Philadelphia’s colonial past that is slowly being forgotten. Just like another famous Philadelphia dish that is becoming rarer to find, turtle soup, pepper pot demonstrates the love for spice and chillies that Philadelphians had during the colonial era. Philadelphia pepper pot has a very well-known origin story. […] 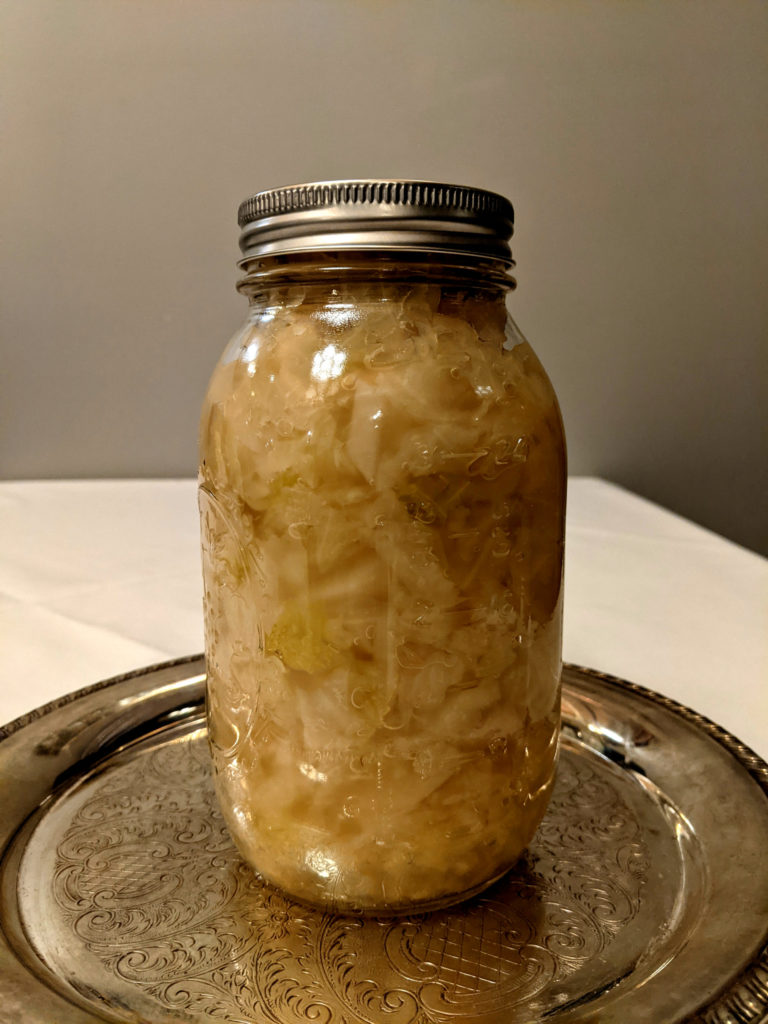 Some hate it, for others it’s a staple foodstuff. To the northern Europeans it’s a comfort food and a necessity, made in the fall when cabbages are sweetest and stored in the root cellar to get through winter.  I personally love sauerkraut, whether its raw, cooked, or any way it’s served. It’s made with such […]