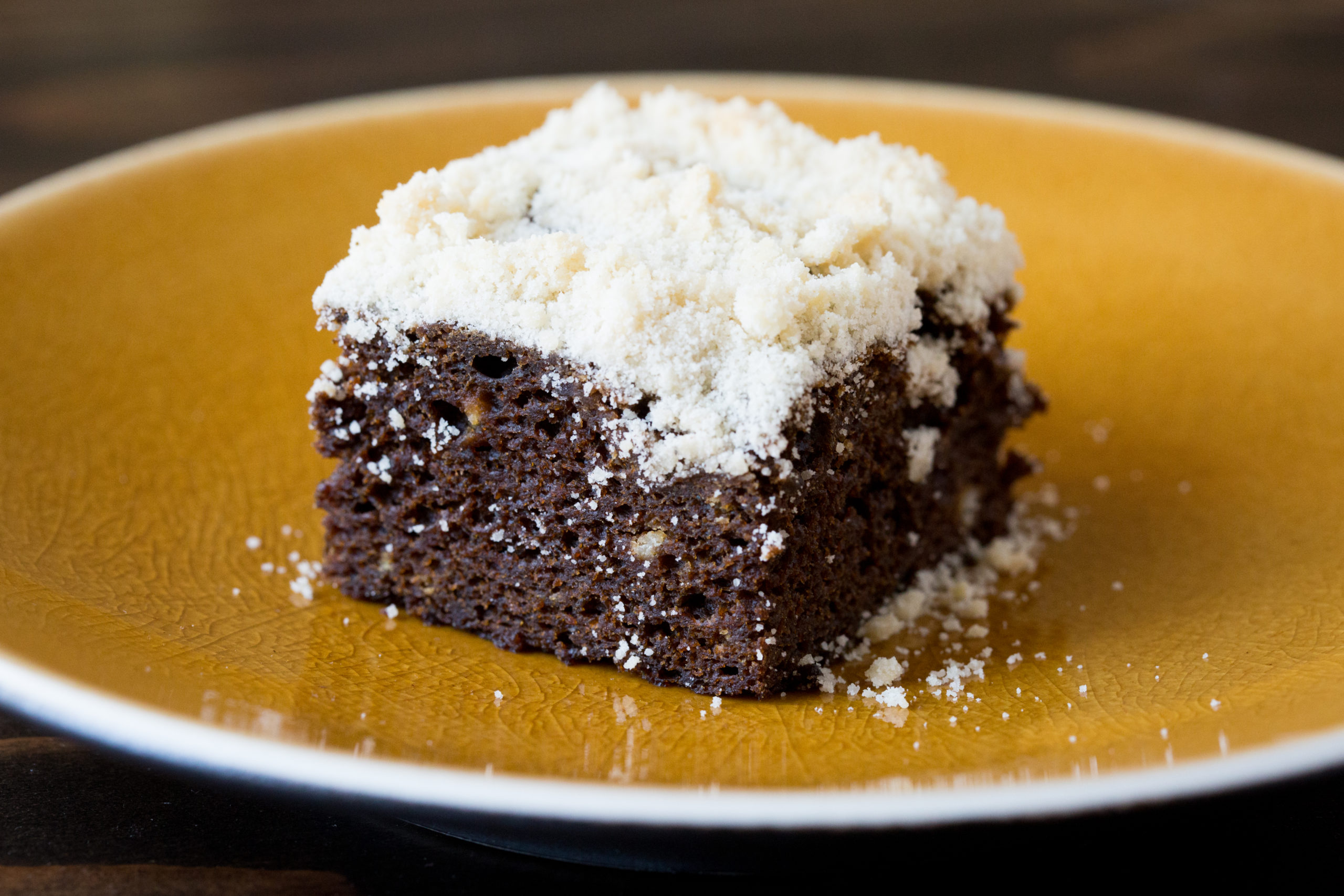 When I was young, I’d visit my great-grandmother, Leola Andreas, -Grammy Oley we called her,  on her farm, she was a true farmhouse cook, in a room next to the kitchen, she kept all sorts of pies-apple pies, pumpkin pies, blueberry pies-3 different cakes, cookies, donuts, and other seasonal sweets. One of the things that I enjoyed most was what we called shoofly pie. But it didn’t have a crust, though my mom said she would put it in a pie shell too. It had a cake-like texture, more like crumb cake, not the common style of wet bottom shoo fly pie that most people think of.

As a teenager, I was curious to explore my family’s heritage through food. In this search, I fell in love with the book Pennsylvania Dutch Country Cooking by culinary historian Dr. William Woys Weaver. It’s a book that I’ve read and re-read numerous times since high school, in it Dr. Weaver talks about shoofly.

Years later I had the chance to meet Dr. Weaver. I told him about the shoofly pie my great-grandmother used to make. He told me that shoofly pie is a descendent of centennial cake, and various other crumb cakes made with molasses.

So centennial cake, a molasses crumb cake, and shoofly pie isn’t a dessert you eat after a meal like an apple pie; it’s something you eat in the morning with coffee, and only in the late Fall/Winter months when the larder was getting bare.

Check out Dr. Weaver’s many books if you are interested in more PA Dutch history, I won’t tell you the real reason it’s called shoofly pie-  you should buy his book- Dutch Treats- where he talks about shoofly pie’s origins and the reason we call it’s commonly called shoofly now.

I am very proud to have this as one of my items in my tea service at Elwood.