Hi, I’m Adam Diltz from Elwood restaurant, a B.Y.O.B. in Fishtown that focuses on the history, culture, and farmland of Pennsylvania.

So last week I got a box in the mail from my mom and it was a box of sticks, but they weren’t just any old sticks — it was Spicebush. This is an indigenous shrub to the eastern United States, the Native Americans used to use this for medicinal purposes, and that’s the exact reason why my mom sent it.

When she was a girl when it was getting [to be] spring and the buds were starting to form on the Spicebush, my great-grandmother, Grammy Oley, would have all the kids go down and collect Spicebush […] What they would do is put them in a pot with water and just make a tea — just like I did here. They would just make a tea and put some sugar in — and they would drink it cold too, put it in the fridge when it cooled and drink it the next day. But what they were doing for themselves was making a little health tonic for themselves, it was an old folk custom, probably taken from the Native Americans, where if you drank this you would start your year off in good health after the long winters.

If you’ve never tried Spicebush before, at first you’ll think it’s medicinal — soapy almost — but it does have a kind of spicy, citrusy flavor, which is really unique, I think. Actually […] if you save the berry and dry it, they used that in the place of allspice in the Colonial times.

So, here’s to you and yours in the coming new year, may you all be in good health! Thank you.

spicebush, tea
Previous Dining Out: A Global History of Restaurants
Next Stinging Nettles 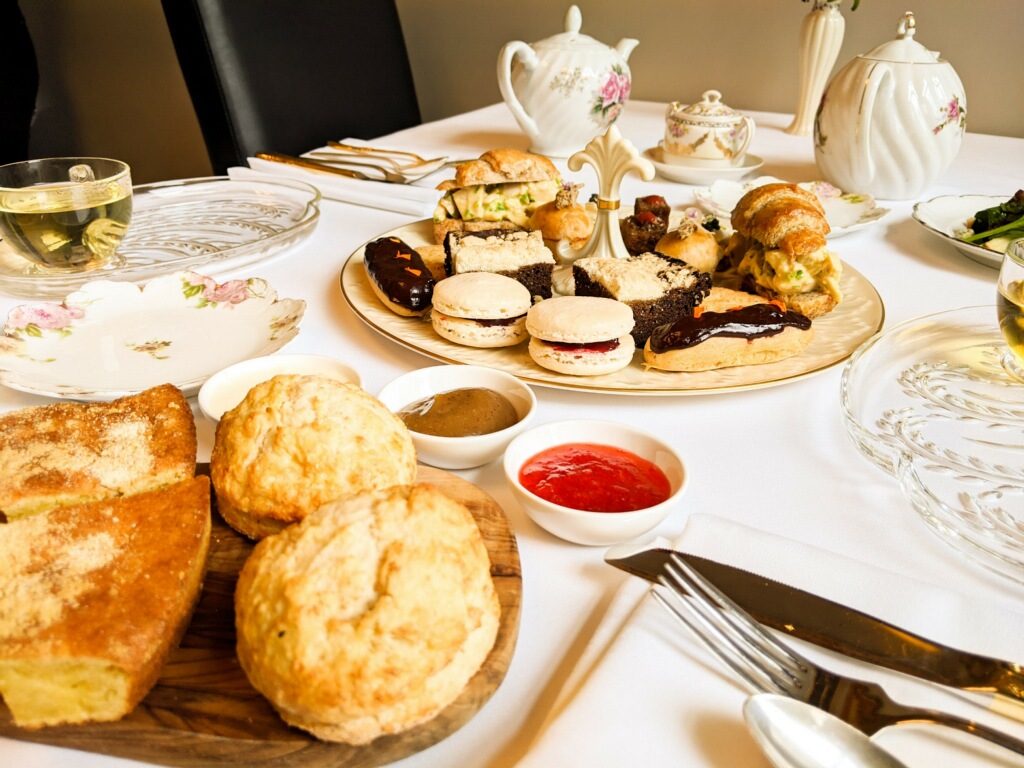 Beginning October 24, Elwood will host tea service on Saturdays and Sundays. Two separate seating times will be available at 11 a.m. and 1:15 p.m.

We’ll feature a selection of teas from local providers, Premium Steap and Oma Herbal Teas. Along with tea, we’ll also be serving an assortment of snacks and bites, including Pennsylvania Dutch-inspired specialties like scrapple, snickerdoodle, shoofly cake, and datch (Pennsylvania Dutch quickbread).