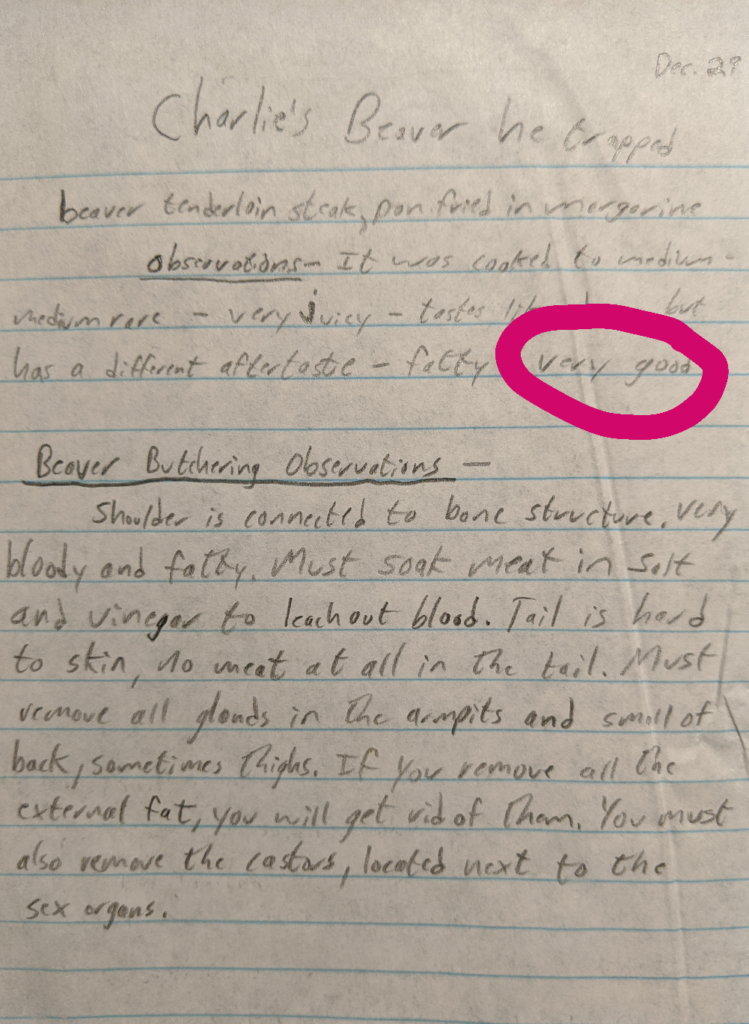 The Forgotten History of Beaver Stew
by Adam Diltz
As we continue to explore the history of forgotten foods, these cold winter days remind me of a mammal that brought many Europeans to explore North America. Estimated to have had a population of around 90 million when Europeans arrived in the New World, the beaver was sought after not only for its fashionable fur, but also its delicious taste. Unfortunately, like many stories about the animals of the North America, their population began to dwindle as they were trapped out of the east coast and settlers continued to follow them westward.

Of course, the Native Americans were eating beaver long before the European settlers arrived, but Europeans also learned to enjoy the meat. Beaver meat has a flavor similar to beef or venison, but also quite different. Out in the frigid wilderness, a hot beaver stew was exactly what mountain men and women needed. Their tails were also treated as delicacy and, according to many early accounts, were very delicious.

I remember trying to cook a beaver when I was younger and wondering about the taste that old time trappers described. The fourth picture above is from my tasting notes, taken more than 20 years ago about a beaver that my friend Charlie trapped.

The beaver we serve at Elwood is not from Pennsylvania, it comes from The Exotic Meat Company, a company through which Native American trappers and hunters sell game legally.

Now I know you may have many questions: What does it look like? How much was it sold for? Where are they getting these beavers? What kind of kid writes tasting notes about a beaver? If you would like to learn more, you should come try it for yourself at Elwood and feel encouraged to ask me anything you'd like.