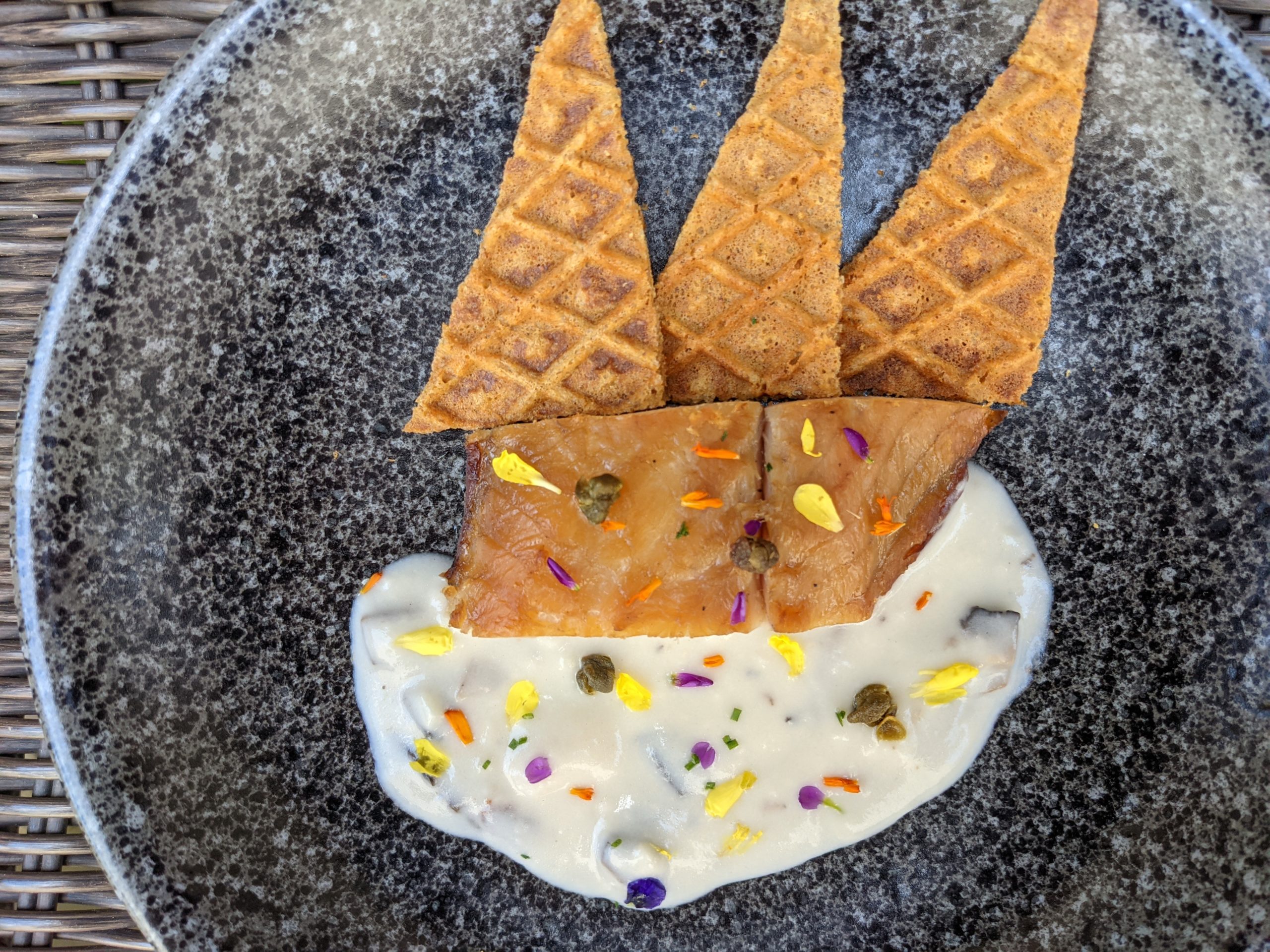 Chicken and waffles is a Pennsylvanian Dutch dish, a way of utilizing a chicken carcass the day after the Sunday roast, using the leftover chicken by making a gravy to pour over the waffles. When I was younger I used to eat waffle after waffle and to this day it is still one of my favorite comfort foods, especially when it is made with turkey after Thanksgiving. But that is a story and post for another day. This is about its predecessor- catfish and waffles.

An interesting and at one time very famous dish in the mid-1800’s in the Philadelphia region was catfish and waffles. Tourists and Philadelphia citizens alike would take trips up the Schuylkill and the Wissahickon to stop at the local taverns and enjoy a catfish and waffle meal. It was well known that catfish were in abundance in the Wissahickon and Schuylkill, and the name Wissahickon comes from the Lenni Lenape meaning catfish creek. Steamboats would bring people up the River and to the taverns and pubs where they would dine and imbibe in food and drink. Mrs. Robert Watkins is said to have started the Wissahickon supper at her establishment- The Falls of The Schuylkill Hotel. Many others followed suit and some tavern owners even had ponds built for the freshest catfish feasts.

A full catfish and waffles supper would encompass a lot more than just catfish and waffles, a full dining experience would be served if the customers wanted, with coffee, steak, salads, etc., and they  always had to have pepper hash on the side.

The best time for these trips were in May when the catfish were sweetist, but would be enjoyed into the summer. I base my version off of a recipe from a well renowned restaurant called Kugler’s -which was known for their catfish and waffles and especially their crispy waffles. Another thing I should mention is that the waffles were very thin, made on irons similar to a pizzelle iron. I use cornmeal in mine and I smoke my catfish.

Unfortunately, the catfish and waffle craze ended around the prohibition, with tightening liquor laws the taverns and pubs couldn’t survive.  Most importantly,  the beautiful waters of the Wissahickon and the Schuylkill were getting so polluted that the fish were dying off.

It is sad to think about-a dish this region was famous for and written about. The type of thing people from New York City would come to try, similar to our instagram accounts and “foodies”, but it is also why I love to show off the lost foodways of the region and the rich history of Pennsylvania, using a great ingredient from the waters (catfish) with the immigrants culinary background (waffles)  to make something that is Pennsylvanian and uniquely American.